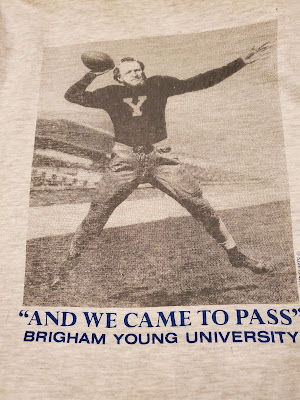 On this week in history, 30 years ago, Brigham Young quarterback Ty Detmer threw for a career best 560 yards and 5 TD's to lead the Cougars to a 45-10 victory over Utah State.  It was also the 23rd straight game with 300 or more passing yards for Detmer, an NCAA record.

Detmer set or tied 25 NCAA passing and total offense records during his career.

Posted by Harry Cummins at 10:41 AM No comments:

ORANGES—- Who doesn’t like oranges. Yes, by far during the pandemic it has been the most popular purchased fruit worldwide, even causing a shortage worldwide early on. But proof that even fruit can become oversupplied, now the demand has decreased dramatically worldwide. Oh well, oranges taste great and always will.

WEIGHTLIFTING—- During the pandemic, weightlifting has been on the increase big time. I am not about to tell you that I am an expert on the subject and for sure have never been asked to be the guest poser at any gym. However I do study the subject and one thing all the experts say, do your weightlifting at night. Your muscles are much more warmed up and you will get much better results.

AMAZON—- No matter what you think of Amazon, this is a fact. Worldwide in 2020 Amazon has hired over 1,000 people per day worldwide to permanent jobs. Something no company has done in this century.

EMPTY ARENAS— It is great to watch college basketball on TV, but like so many others, empty arenas do not cut it for me. What was the hurry? By most indications, if you want a  COVID 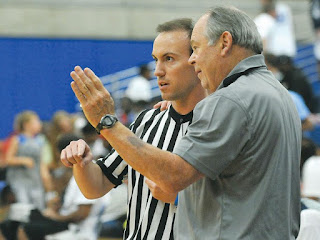 vaccination, you are going to be able to get it by March. Why not start college hoops on April 15th and have May Madness, where fans could attend and everyone would be safer.
Posted by https//crawscorner.blogspot.com at 10:19 AM No comments:

Bill Bradley - On How To Pick A President 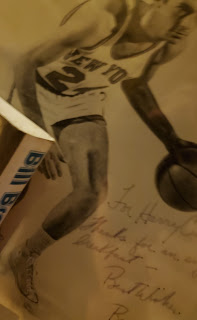 "How should we select the next presidential nominee?

Personally, I prefer jump shots from the top of the key." 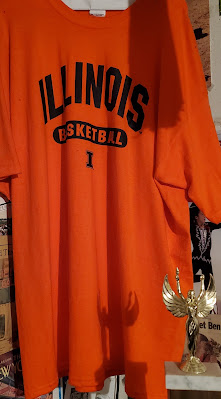 It's good to see NCAA D-1 college basketball finally off the launch pad.

With the prospects of a complete season still hanging in the air, why not just go ahead and predict a national champion during this opening week salvo.  Anyone can embark on such a fool's errand, so who you got?

From this corner, I see the Illinois Fighting Illini (3-0) cutting down the nets on the 2020-21 season. Coach Brad Underwood's squad is bolstered by the return of Ayo Dosunmu and Kofi Cockburn, who both bypassed the NBA draft to return to Champaign. Freshman-of-the-year candidate, guard Adam Miller, will fulfill the '.and a little child shall lead them'.. prophecy.

Posted by Harry Cummins at 10:14 AM No comments:

On June 26th, officials at the University of Oregon and Oregon State University had announced that athletic events between the two schools will no longer be referred to as the "Civil War."

Before leaving his post, OSU President Dr. Ed Ray said that changing the name was long overdue as it represented a connection to a war to perpetuate slavery. It was also an acknowledgement that not changing the name before now was a mistake.

OSU's Vice President and Director of Athletics Scott Barnes also thanked U of O President Michael Schill and Athletic Director Rob Mullens for their collaboration in the process. Barnes, Schill and Mullens have moved forward to continuing to work to highlight the rivalry.

The 124th edition of the football game between the two schools will be played this Friday (11/27) at Reser Stadium in Corvallis starting at 4:00pm.

The two schools' men's basketball teams have played each other a record 354 times.

Personally, I've been seeing many posts on various social media (mainly Facebook) that there will still be detractors that will continue to refer to the Ducks-Beavers games as Civil Wars. My advice - move forward, please. Not backward. If you still want to refer to these athletic events as "Civil Wars," you may need to rethink your stance on slavery.

The opinions expressed are strictly his own.

Posted by Bill Crawford at 9:47 PM No comments: 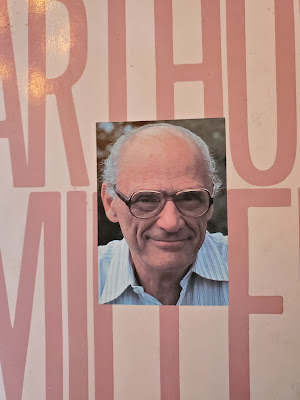 In 2005, when award-winning playwright Arthur Miller died at his home in Connecticut at the age of 89, we lost one of this country's great public thinkers.

Mr. Miller was of the opinion that the individual had a serious moral responsibility for his or her behavior, and for the behavior of society as a whole.

Writing in "The Crucible" Miller surmised "The longer I worked the more certain I felt that as improbable as it might seem, there were moments when an individual conscience was all that could keep a world from falling."

Flash forward to the world on Thanksgiving 2020.  The very same lights on Broadway that dimmed the night Miller died, are now off indefinitely. We appear to be entering the darkest days of a year-long pandemic.

In his autobiography "Timebends", Miller quotes the physicist Hans Bethe on explaining his morning routine, "Well, I take up my pencil ...and I try to think.."

It's an impulse that seems to have lost favor in our society.  Private and public thinking!

I am going to pledge to do more thinking myself,  just maybe not this week.  College basketball season finally starts tomorrow, Virgin River is back for another season Friday on Netflix, and Sunday night we all find out who killed Elena on the Undoing.

Monday morning, if the weekend hasn't bent my moral responsibility, I just may pick up a pencil.... and decide to do some serious thinking.

SPORTS—- Power Rankings are appealing to readers. We for sure need to do more of them at Craw’s Corner. Big congrats to Bill Crawford for his work on last Sunday’s PAC-12 football power rankings. It takes a lot of homework and Bill will continue his efforts each Sunday for you great readers.

SPORTS—- The Cascade Collegiate Conference is a great league, especially when it comes to basketball. It has a superior commissioner in Rob Cashell, so it was really sad to see yesterday that two conference members, Evergreen State and Walla Walla University have shut down their sports programs for 20-21. Good news is they will be back hopefully stronger than ever for 21-22.

SPORTS—- A raging high school debate always starts this time of year. Should states that don’t use a shot clock in basketball, do so? You can weigh in anytime, but yes, every state that does not use a shot clock should. One great reason, it puts players at a real disadvantage that come from a non shot clock state when they advance their careers to college where the shot clock is huge.

SPORTS— I hope he succeeds big time at Oregon State, football coach Jonathan Smith is an impressive person. Just listen to an interview with him and you can learn lots, not only football, but life.

CRAW’s CORNER— I was asked the other day by someone who wanted to write for Craw’s Corner, but was worried they have no experience. No worries, we will take the non experienced and experienced writers. If you are interested, contact me crawscorner@gmail.com. 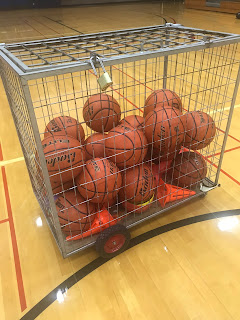 Posted by https//crawscorner.blogspot.com at 12:23 PM No comments: