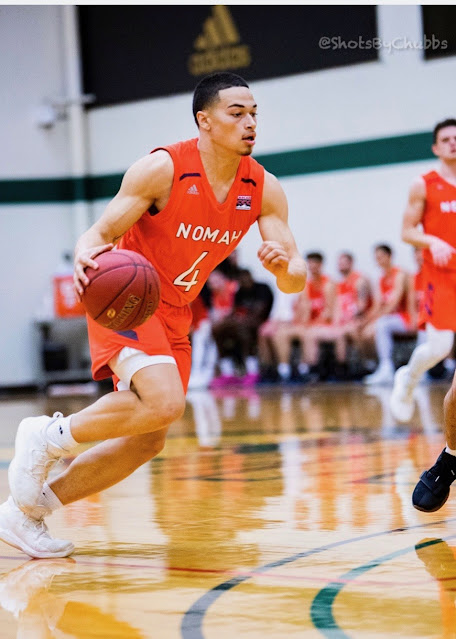 Richardson scored 31 of his 50 points in the first half as the Lions enjoyed a narrow 60-58 advantage at the break.    Richardson is currently the CCC's top scorer this season (27.62 ppg) and heir apparent to the NAIA's leading scorer the past two years, former teammate Justin Martin.

The 50 point explosion from the 6'0" soph guard was just one point shy of the highest single game point total in the NAIA this year.  Kyle Mangas of Indiana Wesleyan and Deshawn Munson of Harris-Stowe, each scored 51 points earlier in the season.  Mangas is currently the nation's leading scorer  (29.74ppg) and a candidate to repeat his selection last season as the Bevo Francis Award winner presented annually to the NAIA's Player of the Year.

Richardson exceeded his previous career high of 49 points, which came during his freshman season in 2018-19.  In addition to the 50 point effort Wednesday night, Richardson flirted with a triple-double as he had 8 assists and 7 rebounds, to go with 2 steals. He also drained a career-tying 16 field goals while nearly perfect from the foul line, converting 11 of 12 free throws. His 7 3-pointers on the night tied his season high, but fell well short of his career high 13.

Yet to play a home game, Multnomah stays on the road for games Friday and Saturday nights, traveling to Kirkland, Washington, where they will play Northwest University. The Lions first home contest is scheduled for Tuesday night, March 9, against the University of Puget Sound. At present, there are 22 games still remaining on Multnomah's covid-delayed current season.

*****  Richardson has already scored a milestone 1,000 + points in his brief career, with two full years of eligibility remaining after this season. It seems reasonable to assume Richardson could amass a lofty total well over 3,000 points by the time his career is finished.  In his last 7 games, the emerging backcourt star has averaged 32.43 ppg.

Posted by Bill Crawford at 11:36 AM No comments: