On A Clear Day - The View From Mount Vernon 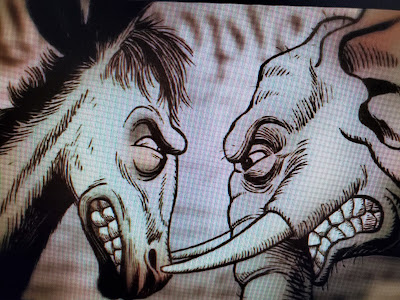 I submit the following snippet extracted from the  Farewell Address of George Washington, delivered on Saturday, September 17, 1796.

"However (political parties) may now and then answer popular ends, they are likely in the course of time and things, to become potent engines, by which cunning, ambitious, and unprincipled men will be enabled to subvert the power of the people and to usurp for themselves the reins of government, destroying afterwards the very engines which have lifted them to unjust dominion."

Two hundred and twenty four years later, "in the course of time and things," these prophetic words, by George, have landed forcefully on our doorstep.

Raise your hand if you still think we can look to politics and politicians for our primary salvation.

Although Washington's views on slavery from Mount Vernon were certainly clouded, his look into the future of politics in America was not.

Posted by Harry Cummins at 2:40 PM