The WWE has a new challenger in the world of professional wrestling, or do they? The AEW debuted last week and is attempting to do what many have failed to do, be  strong competitive challenger to WWE. 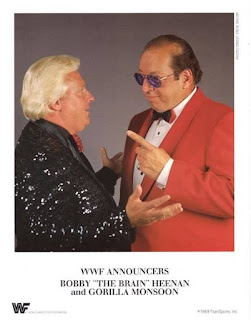 In any sport it is imperative to strike a great TV deal which the AEW will be on Turner Sports each Tuesday night. Of course there is no match for the TV deal that starts in October when WWE Smackdown show moves to Fox Sports for a reported 5 year, $ 1 billion deal. Big thing to watch is if any WWE super stars bolt to AEW.
Posted by https//crawscorner.blogspot.com at 3:30 PM