It Is Not Always The Biggies

The legendary writer Harry Cummins has documented this before on Craw’s Corner, so I am now jumping on the bandwagon not that I ever fell off.

D-1 basketball gets lots of attention as it should, but right here in the small Pacific Northwest lots of great things are happening on “lower levels” of hoops which we all can appreciate.

1. Walla Walla Washington, which has a couple of noteworthy things going on. NWAC legendary coach Bobbi Hazeltine has another great WBB team that has won 12 in row. Staying in Walla Walla, Eric Bridgeland at D-3 Whitman has turned them into a national power and they are rolling again.

2. Umpqua Community College in Roseburg, Oregon has two teams of note. The MBB & WBB teams have combined record of 31-1 and have won 24 straight games. Not too shabby.

3. Into his 43rd year of coaching basketball, NWAC icon Clif Wegner is doing great work with a 14-1 record at Clackamas Community College in Oregon City, Oregon. 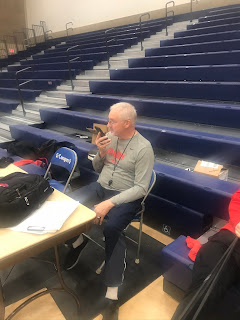 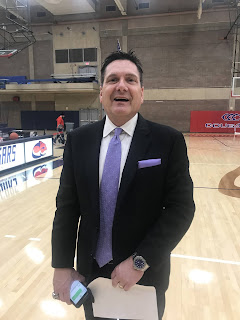 4. Skagit Valley, coached by NWAC legend Carl Howell just went to 17-0, in that 17 was a huge championship win in December at the above Clif Wegner Basketball Classic.

5. Last but not least the 5’ 6” senior guard at NAIA Multnomah University, Justin Martin,  in Portland, Oregon, returned from missing 3 games to score 40 and 74 in big road wins for Lions in Cascade Collegiate Conference league play.

Apologies to any great stories I left out, totally unintentional, as my intentions are there always.
Posted by https//crawscorner.blogspot.com at 1:38 PM