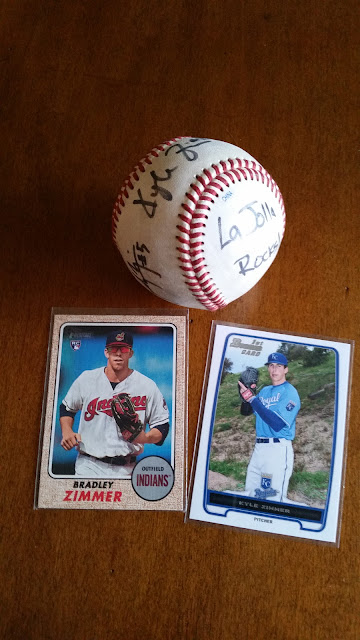 "How long have I been running for that morning flight..
...through the whispered promises and the changing light...
late for the sky."


They were both supposed to be halfway to the Hall of Fame by now, twin comets launched skyward from the seaside Shangri-la of La Jolla, Calfornia.

La Jolla was my paradise as well, having grown up mere blocks from La Jolla High School, the early proving ground of athletic prowess for the brothers Kyle and Bradley Zimmer.

Piggy-backing their prep exploits,the pair would go on to spend a year together playing for the University of San Francisco Dons of the West Coast Conference.  Kyle, a pitcher, left USF after his junior year by virtue of his selection as the fifth overall pick in the 2012 MLB draft by the Kansas City Royals.  He received a $3 million signing bonus.

Bradley Zimmer, an outfielder, continued to follow his brother into professional baseball two years later, ranked as the top bat in the 2014 MLB draft. He was a first round pick of the Cleveland Indians. Like everyone else, I anticipated the day Bradley would step into a major league batter's box and see his brother 60 feet, 6 inches away, ready to release a mid-90's lightning bolt in his direction.

Thanks to an absurdly improbable series of crippling injuries to both Kyle and Brad, five years later we are all still waiting for this brotherly breakout.  Still waiting for the predicted stratospheric ascension of this next great brother act, following in the footsteps of the DiMaggios, Alou's, and Alomar's.  The Zimmer siblings were, and still are, that talented!