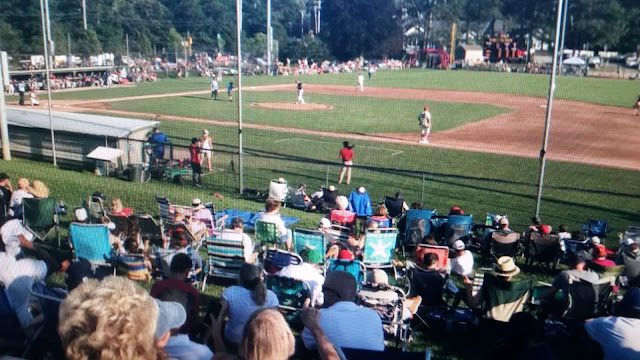 If you are fortunate to receive the New England Sports Network (NESN) on your cable package, you are in store for a treat Monday, July 29.

At 2 p.m PST, you will be able to curl up on your couch (or a corner of your office cubicle) and watch the Brewster Whitecaps play host to the Bourne Braves, live from Stony Brook Field in Brewster, MA.  It is a rare chance to see via television just why the Cape Cod League is the premier amateur baseball league in the nation.

The very best college baseball players from around the country migrate to the Cape every summer to play for one of the ten town teams that comprise the league.  The season runs from June to August, giving the players a chance to showcase their elite level skills to the many major league scouts that attend these games.

The Cape Cod League began in 1885, but took off in popularity in 1963 when it was officially sanctioned by the NCAA.  In 1985, it became the first collegiate summer league to use wooden bats and now boasts well over 300 graduates who have gone on to play major league baseball.

The 2019 season is drawing to a close this week, with league playoffs set to begin the following week. At present, the Chatham Anglers and the Falmouth Commodores are leading their respective divisions with identical 23-12 records.  T.J Collett, a University of Kentucky senior-to-be, leads the Cape Cod League this summer with 9 home runs for the Brewster Whitecaps.

If you are unable to watch Monday's special telecast, go find the 2001 coming of age romantic comedy ('Summer Catch') set against the backdrop of the Cape Cod League.  It is a cliched and predictable sports comedy that nevertheless will have you looking for the next flight to Boston and a rental car.
Posted by Harry Cummins at 4:22 PM