The Catcher In All Of Us 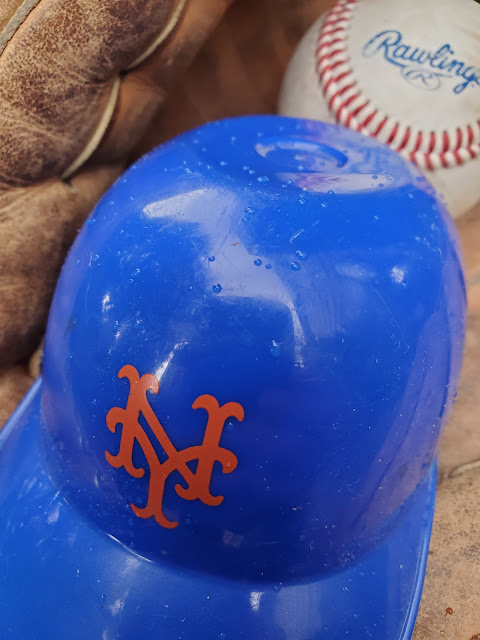 Seemingly immobilized in performing the most rudimental of tasks these days, I find myself thinking a lot about Mackey Sasser.

Sasser, the erstwhile catcher for the New York Mets, suddenly developed a celebrated hang-up in the early 1990's, a bonafide resistance in returning the baseball to his pitcher.  It was a real problem that baffled not only Met fans but likely the game's inventor himself, Abner Doubleday.

Personally, I don't think Sasser's problem was such an abnormality.  More of a modern malaise, I'd say.  Merely an existential predicament of the human catcher in all of us.

In those days before the pandemic, when I had a real job, I had a similar problem myself with neckties. It happened whenever I faced myself in the mirror, tie looped around my neck, thinking about returning to the office.

Just as Sasser went thru a rather bizarre routine of double-pumping and leaning back as if he might fall over, so did I when confronted with that right-to-left return flip. Gripping my tie between my teeth for that final pull-down through the knot, the end uniformity always eluding me.

I now have this theory.  I think all of us, in some form, are being called to return something. Baseballs are only a symbol of a greater process at work here.

More of my theory, unsolicited I realize, is simply this: In our common comings and goings, we are continually challenged to a deeper life of renewal and discovery.  I strongly suspect that there exists a divine element in our very being that, unless we find a way to return to, we have little hope for ever balancing the obligations of the world against the growth of the inner self.

In that context, Sasser's problem was quite elementary.  Once you played all the tennis, or catch, you can play, What then?

Hypothecating that life is a mix of the fixable and the insurmountable, I offer the following advice:

Until you figure it out, do what they tell every catcher.  Wear a mask!!

Posted by Harry Cummins at 2:43 PM