No More Overtimes In College Basketball 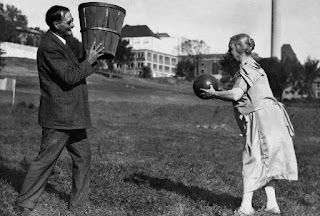 At least give it a day before you yell at me about this please.

I am all for eliminating overtime in college basketball and if high school and pros want to join in, more power to you.

How does this sound in its place.

2. Before the game the head coach presents his list of five shooters to referees.

3. Teams alternate shots at an end they choose.

4. One point for each throw made.

5. If tied after the five players are done , then sudden victory gets to kick in, coach chooses shooters out of original five.

This is exciting. It beats a boring overtime which often are poorly played and officiated.

Don’t worry, it is too good of an idea to be implemented. And so was the 3-point line when first talked about in 1974.

Posted by https//crawscorner.blogspot.com at 12:36 PM