For Tampa Bay Rays, It's a Wander-ful Life!!! 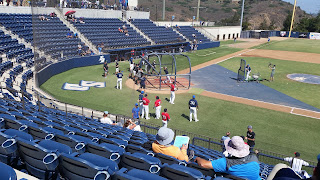 The Tampa Bay Rays have long been an organization that typically advances their top prospects slowly thru the system.  That could soon change.

In 2017, Tampa Bay signed a heralded young shortstop out of the Dominican Republic, 16 year old Wander Franco, and aggressively assigned him to the Appalachian League, skipping two levels in scheduling his pro debut.

In his first full season, Franco has far exceeded anyone's realistic expectations, leading the league in hitting with a impressive .351 average, while adding 11 HR's and 57 RBI's in just 242 at bats.

Multiply scouting reports assert he is already one of the best hitters in all of minor league baseball.  Unlike many older prodigies, scouts say Franco already can recognize the spin on a baseball and won't chase sliders or change-ups out of the strike zone.  It's an attribute that usually garners a player a ticket on the fast track.

Franco will most likely begin the season at Class-A Bowling Green, but surely won't end the season there.

Could a September 2019 call-up for Franco be in the cards?

For a team that introduced the 'opener' to baseball fans last season, it would be a wander-ful way to close a season for them as well.
Posted by Harry Cummins at 2:43 PM