Justin Parnell: Keep An Eye On This Guy 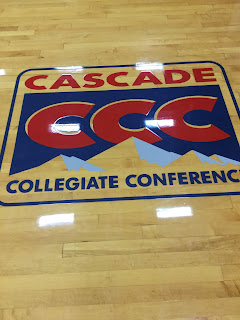 Some things never change. That is the case for Oregon Tech basketball. For the record, OIT is located  in Klamath Falls, Oregon and is a member of the NAIA Cascade Collegiate Conference.

OIT is a tremendous school academically, but you mention its name and the first words out of anyone is Danny Miles. 45 years as head coach at OIT, 1,040 wins, one of only 5 coaches in history of college basketball to win 1,000 games at 4 year school. For sure an icon, guru, legend and a future Naismith Hall of Famer.

It is an understatement to say OIT basketball has a fanatic following and just not in Klamath Falls or state of Oregon. So when Miles decided to retire, (not even jokingly, some seriously thought he would coach to 100), there was safe to say anxiety. After all it is not easy to replace a basketball icon, just  ask UCLA.

But someone has to replace an icon and that someone at OIT was Justin Parnell. This writer will never forget talking with my friend and the man who made the final decision to hire Justin Parnell, Dr. Chris Maples, the OIT President at the time. Chris told me over and over, “Greg, we hired the right person. Justin will win tons of basketball games at OIT and like Danny he will do it the right way”.

Well guess what? The Prez was correct.

Yes Dr. Chris Maples, you did not make a good choice, you made a great choice.

Posted by https//crawscorner.blogspot.com at 11:39 AM