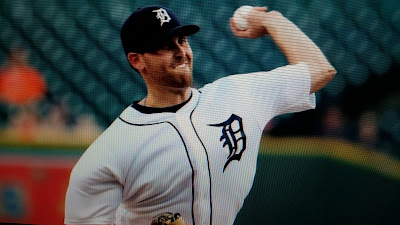 Detroit pitcher Matt Boyd struck out a career-high 13 New York Yankees in just 6 1/3 innings Wednesday afternoon to become the first ever Detroit Tigers hurler to open a baseball season with 10 or more strikeouts in back to back games.

Boyd left the game in a 1-1 tie and the Tigers went on to post a 2-1 victory, as the Yankees struck out 18 times during the afternoon, setting a storied franchise record for futility.

Boyd may be remembered as an All-American pitcher for the Oregon State Beavers and made his major league debut in 2015 with the Toronto Blue Jays.  He opened the season for Detroit last week by fanning 10 batters and walking only 1 over 5 innings in a loosing effort against his former team, the Blue Jays. He now has amassed a MLB leading 23 K's in just 11 1/3 innings this season.

Boyd and his wife Ashley have also made headlines this month with the news that they have essentially adopted 36 girls in Uganda, seeking to protect them from the growing sex slave industry.

The couple has bought the girls food and clothing and rent for their home and are planning to raise money to purchase more land in Uganda to build four new homes, so they can rescue still more girls from what has become a pressing global issue. 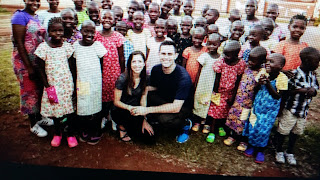 To this end, they have created their own non-profit, Kingdom Home.  They also plan to start a vocational training program that will will pay for each child to attend a university and prepare them for life.

Boyd was spotted last month in his uniform and cleats, walking the concourse of the Tigers spring training home in Lakeland, Florida, talking to fans about his cause.  A May 20 fund raiser is planned  in Auburn Hills, Michigan.

An estimated 3.6 million adults and 1 million children were victims of forced sexual exploitation in 2016, according to a study from the the United Nations International Labor Organization.

Matthew Boyd, clearly, is striking out far more than just major league hitters these days!  Attempting to eradicate injustice a world away, the loaded lineups of the American League are far less imposing