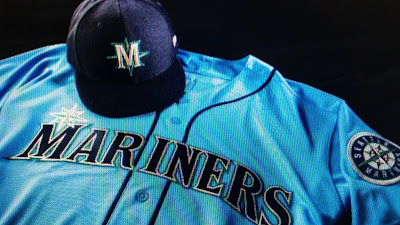 When Jay Bruce connected on his 8th home run of the young season Tuesday night against the Cleveland Indians, it marked the 20th consecutive game that a Seattle Mariner has hit a home run, extending their Major League Baseball record for consecutive homer games to open a season.

The previous record was 14 games, set in 2002 by their opponent last night, The Indians.  Seattle is now just seven games shy of the MLB record of 27 games with a homer at any point in a season, set also in 2002 by the Texas Rangers.  The Mariners franchise record for consecutive games with a home run is 23, set in 2013.  They are just 4 homers short of breaking that mark.

The bad news, or in this case the bad streak, came last night as well, as the M's dropped their 5th straight game and fell out of the American League West lead for the first time this year.  After starting the season 13-2, Seattle has totalled just 9 runs in their last 4 games and have watched the Houston Astros string 10 consecutive wins together to take over the Division lead.

Bruce's 2019 stats seem to epitomize the Mariners Jekyl and Hyde season so far.  Bruce is second in the AL with his 8 home runs, but is struggling with a .175 batting average.  In their last four games, Seattle has struck out a massive 47 times and has batted just .172.  In their defense,they have faced four of the best pitchers in the American League in Justin Verlander, Gerrit Cole, Trevor Bauer, and Shane Bieber.

Seattle will hope the right the good ship Mariner Wednesday afternoon at home, hoping to avoid yet another negative streak, as they have dropped the first 5 games of a 6 game home stand ending today.  More bad news as they will face Indians 17 game winner last year, Carlos Carrasco.

I will leave you with good news, tho, as Carrasco surrendered 6 hits and 6 runs in just 2/3 of an inning in his last outing against Kansas City.  Yes, one of those hits was a home run!