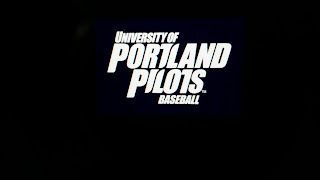 The Pilots have now won 6 games games in a row and improved their season mark to 13-4, their best start to a baseball season since 2012.  Their 4 game sweep of Northern Colorado this past weekend was the first 4-game sweep of a D1 opponent since winning 4 in a row against Seattle in 1980.

Clements 13 K's Sunday were the most by a Portland pitcher since Kevin Baker fanned 13 in 2017 and his shutout was the first turned in by a Pilots hurler since 2015.  Clements  has now recorded 34 K's on the year while allowed just 3 bases on balls.  He also has thrown back to back complete games following his route going win over Stephen F. Austin last weekend and his season ERA is now at 1.47.

Clements transferred from UC Santa Barbara to UP for his final year of eligibility this season. As a high school junior at Pacific Grove High School, Clements was 14-0 with a O.91 ERA in leading his team to a perfect 31-0 season.

The Pilots now sport 3 players with batting averages over .340, with Gabe Skoro leading the way at .355, closely followed by Tracye Tammaro at .345, and Blake Porter at .341.  Matt Kelly and Hunter Montgomery are providing the power with 4 home runs each, while closer Connor Knutson has yet to be scored upon this season while posting 6 saves.

The Pilots are home this Wednesday afternoon at 3 pm as they host Seattle University at Joe Etzel Field.  Seattle dropped a 3-2 decision to Minnesota Monday afternoon in Seattle.

Posted by Harry Cummins at 4:46 PM