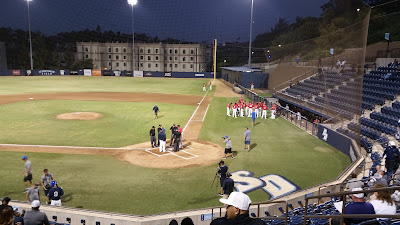 
In a first time ever joint press release between Major League Baseball and an independent league, it was announced today that the Atlantic League will implement major changes in their regular season games this year.

Major changes to the rules of baseball will include the use of Trackman to call balls and strikes, push the pitching mound back 2 feet, eliminate the use of the shift, and implement a three-batter minimum for relief pitchers.

At first glance, the real benefactors of these changes would seem to be the players themselves, especially the added video exposure that Trackman will provide scouts and others in locating talent formerly buried in the independent leagues. Video installations that track individual players will now be sent to all 30 major league clubs, along with statistics

On the flip side, I would expect some serious resistance around all of baseball to moving the pitching mound back 2 feet.  I can't see anyone willing to expose a top pitching prospect to those additional 2 feet.

Here is the full list of the changes to take effect this year in the Atlantic League, once considered a renegade outpost by MLB.

1.  Computer assisted strike zone.  Can you say 'Robo'-Ump?!
2.  No mound visits by players other than  pitching changes/or injury
3.  Relief pitchers must face at least 3 batters or end of inning.
4.  Increase the size of bases by 3 inches (to 18 inches)
5.  Two infielders must be on each side of second base when a pitch is thrown
6.  Time between innings will be cut from 2:05 to 1:45
7.  The mound will be moved back by two feet in the 2nd half of the season.