Why Time WON'T Begin On Opening Day This Season 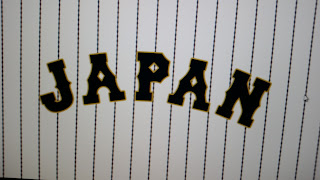 In 1984, the sports writer Thomas Boswell released a collection of his Washington Post baseball columns in a book entitled 'Why Time Begins On Opening Day'.

For every true baseball fan, Boswell's title got it right. And it kept on being right until recent years when MLB decided to set sail for foreign shores to open the baseball season.

Today, if you are a baseball fan of the Seattle Mariners or Oakland A's, you should already be asleep in anticipation of rising at 2:30 AM West Coast time Wednesday morning to catch all the excitement of Opening Day 2019...from Japan!!

Whatever benefits are gained from taking America's Game to the rest of the world are lost by diminishing the beloved tradition of Opening Day across our country.  At least lost for fans in cities like Oakland and Seattle this season, who pay the price.  For the official record, this odd start time  will be considered the home opener for the A's, despite being played in the Tokyo Dome, half-way around the world!  This is the fifth time M.L.B. has opened a season at the Tokyo Dome.

It's a long season and maybe we will forget that we lost the best day of the year here in the Pacific Northwest.  The Mariners will promote their own "home" opener next week and casual fans will make their way to the ballpark because baseball will be back.

I do think 45 year-old Ichiro Suzuki will be happy to be home in Japan the next few days, in what could be his swan song.  As for me, maybe I will forgive MLB this transgression of sacred tradition.

Seattle's starting lineup returns just 4 starters from last year Opening Day.  And none of those 4 players are in the same defensive position. Pitcher Felix Hernandez, who had started 10 straight Opening Days, has relinquished that honor to 27 year old LHP Marco Gonzales.

Opposing Gonzales, will be Oakland's Mike Fiers, who returned to the A's on a two-year deal during the off-season.

Only the Yankees and the Dodgers hit more home runs last season than Oakland, who brings back their top 4 home run mashers: Kris Davis, the MLB leader at 48, Matt Olson with 29, Stephen Piscotty with 27, and Matt Chapman with 24.

Yes, it's Opening Day..somewhere.  May the gods of the game forgive us for tinkering with this day that ennobles the soul and renews our hope.

P.S.   The Yankees and the Red Sox play a series at London Stadium in June.  This will be MLB's first regular-season games in Europe.

Posted by Harry Cummins at 4:28 PM